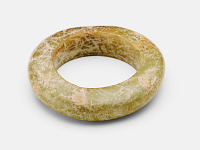 Jades for Life and Death

The Freer│Sackler, the Smithsonian’s museums of Asian art, possesses some of the world’s finest Chinese jade objects. The earliest jades date to the Stone Age (circa 5000–1700 BCE), with the largest number coming from the Liangzhu culture (circa 3300–2250 BCE), a prolific center for jade production in Neolithic China. These exceptional objects are featured here in the first volume of an ongoing digital catalogue project.

Eadweard Muybridge’s cyanotypes are working proofs made from the more than 20,000 negatives he took at the University of Pennsylvania from 1884 to 1886. Muybridge photographed human and animal subjects in motion from lateral (parallel), front and rear positions. Since the original negatives no longer exist, these cyanotypes record full images before Muybridge edited and cropped them for publication. These 700 sets of cyanotype proofs are the first digitized portion of the Muybridge Collection at the National Museum of American History.

If you enjoy this sampling of artists' books from around the world, Smithsonian Libraries introduction to artists' books  will help you delve into this dynamic art form. Visit the special libraries' research collection search for detailed information on this collection. 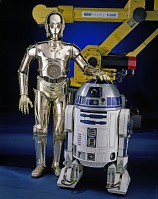 Star Wars: The Force is Strong with the Smithsonian

Since its debut in 1977, Star Wars™ has become a worldwide popular phenomenon. Star Wars–related objects, from lunch boxes to the famous droids "you're looking for," are at home in the National Museum of American History collections. The Smithsonian's traveling exhibition, Rebel, Jedi, Princess, Queen: Star Wars and the Power of Costume, focuses on the challenges and triumphs of dressing a mythical universe. The National Air and Space Museum's past exhibition, Star Wars: The Magic of Myth, explored the mythical message of Luke Skywalker's journey from his first call to adventure to his final victory.

A sampler set from National Museum of African Art

A sampler set from National Museum of American History 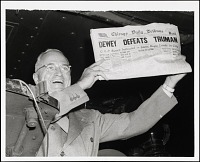 Experience the year 1948 through the Smithsonian Collections

The Smithsonian American Art Museum’s collection charts the nation’s growth from a young republic to an emerging world power. Landscapes extolling the nation’s geographic wonders from Niagara Falls to the Grand Canyon contributed to westward expansion. George Catlin’s original Indian Gallery, a collection of more than 400 paintings that capture the “manners and customs” of Plains Indian tribes in the 1830s, is one of the museum’s treasures. Westward expansion allowed artists such as Albert Bierstadt, Thomas Moran, and Frederic Remington to explore new territory and chronicle the settlement of the frontier, while members of the Taos School brought images of the West well into the twentieth century.

SAAM has one of the finest and largest collections from the last quarter of the nineteenth century, including impressionist and Gilded Age works. In the 1870s, artists Mary Cassatt, William Merritt Chase, Childe Hassam, and John Twachtman often worked outdoors to record gorgeous aspects of light and color, hallmarks of the impressionist style. In his painting, The South Ledges, Appledore, Hassam uses impressionist technique to render an island off the coast of New Hampshire.

Animations, made possible by iiif and compariscope